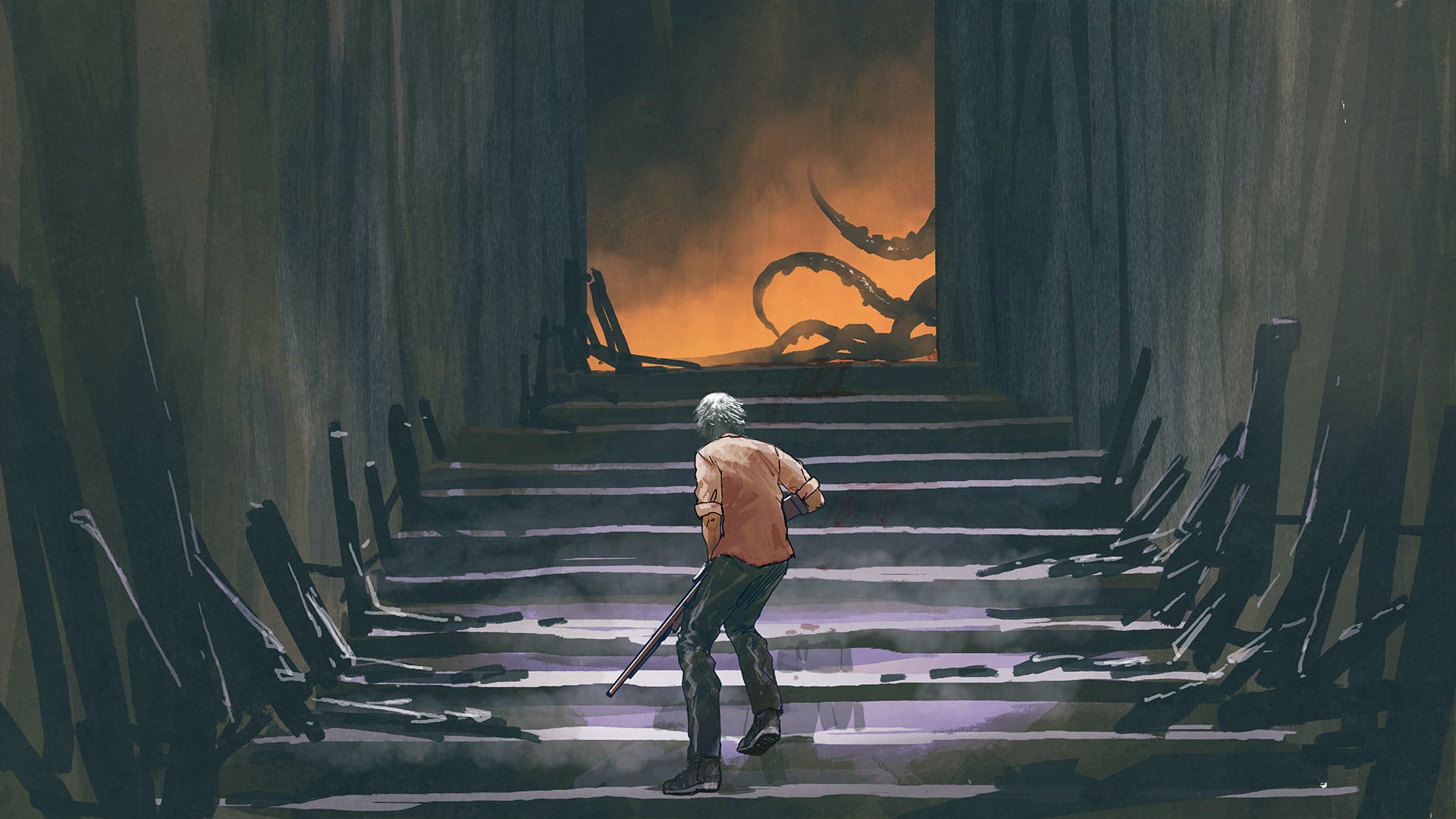 About Call of Cthulhu

A cold and harsh chill runs up your spine as you touch the mysterious book labeled The King in Yellow. You tremble in a cold sweat as you open the front cover, expecting blasphemous inscriptions or mind bending recounts of horrors just beyond the veil. But as you read the first few pages, you realize that the rumors are in fact false: there are no formulas to arcane magic too horrible for any normal human to comprehend, nor are there tellings of mind shattering creatures roaming in the dark. Instead there’s only poems, beautiful ones at that. Then you see it appear out of thin air in front of you: a being with no face, twice as tall as a man and adorned in fantastically colored robes. It looks like a man… but by time you realize that this is no man, it is already too late. Call of Cthulhu is a horror TTRPG that has 3-5 investigators go from normal, everyday people to firsthand combatants of the horrors of H.P. Lovecraft’s Cthulhu Mythos. Fans of Locke and Key, Lovecraft Country, and Stranger Things, will love Call of Cthulhu. Everything from the space-traveling Byakhee, to the towering monstrosities known as the Great Race of Yith can be encountered in the tales the Keeper spins. Whether it is reality-bending gods or violent cultists enacting dark rituals; no matter the case: it’s up to the Investigators to stop these horrors and come out of it alive... If they are lucky.

In Call of Cthulhu, each player takes the role of an investigator, someone whose mission is to uncover the hidden secrets of the world and beyond. With a large array of backgrounds and occupations, investigators can be anything from a common street beggar to an award-winning pilot. Once concepts are created, character sheets are made and dice can be rolled. The unique abilities of an Investigator come from their Skills, which are mostly determined by their Occupation. For example: choosing the Engineer occupation allows the player to invest their skill points into skills like Mechanical Repair, Library Use, and Engineering/Physics, among others. Occupations also restrict the type of skills characters can invest in, and finally, Personal Interests allow players to invest in any skills they want. This makes Investigators unique and specialized, as the game rewards the players for working together to cover each other's strengths and weaknesses. Under normal character creation, a “jack of all trades” character is almost impossible, so talking with the group regarding your skills is essential! Gameplay revolves around the Keeper describing the situation the players find themselves in, and the players interacting with the world around them. Any time a player wants to do something that is challenging, the Keeper will tell them to make the appropriate skill check. Most rolls are made on a percentage-based check with the goal of rolling under the number of skill points invested in the skill. After the roll is made the result is compared to the skill used. If the number rolled is lower than the skill points invested, the Investigator succeeds in the skill check! It is up to the Investigators to use their skills and cooperation to shift the odds in their favor as they dive deeper and deeper into the terrors that are H.P. Lovecraft’s beloved universe.