Adventurers are mysteriously drawn to the realm of Barovia which is surrounded by deadly fog and ruled by the vampire wizard Strahd von Zarovich. This gothic horror adventure takes the players on a course through Barovia that culminates with a vampire hunt inside Castle Ravenloft Feel free to join the discord group https://discord.gg/3DA7AvAr and find me under the Heading RedPanda Gaming The game consists, of a session 0 one shot that leads into the main campaign where youll find yourselves transported onto another plane of existence connecting to Faerun, From there the mystery unfolds, fortunes are told and the adventure begins to unfold, mist surrounds all of Barovia, and tales of distraught villages of people left ravanged after a vampire began to desend and pray on the town the adventurers have been willed or recieved notice of help from the mayor, will they accept the cry for help? This campaign is aimed at parties who enjoy a balance of roleplay exploration and combat! As a DM i always incorporate a players roots, backstory and the very essence that makes you character who they are. i will guide some moments where crucial decisions for your character will be made, the programme uses whispers so i can talk to you individually, or as a group, if you find diamonds, ill whisper they're diamonds that;s on you whether to show the rest of the group, anything is possible and is all simply at the edge of a die.

If the whole group wants to run on video link that's fine but not essential, a mic is fine. Everything you'll need outside of that is provided by Fantasy Grounds, no need for any dice or printouts To prepare, you will need a mic, access to discord for voice chat, and will also need to download the demo version of fantasy grounds, its completely free download as i own the subscription and you connect to my game.

Everything will be provided by myself, maps, images all within the Fantasy Grounds system. Within the fantasy grounds system, i can provide maps, handouts and knowledge of how to play if you're new and also an immersive adventure where you truly begin to feel like a hero.

Typically a session will start off with recapping what happened in last session for inspiration then carrying on the session where we left off, what i like to do with module adventures is run one shots during the main story giving you "optional quests" giving you the ability to gain more items and more equipment to help you along the way, for example if there's 4 players and there's a specific area you're lacking i.e. DPS, then it will greatly help you out, I do this so no one person needs to 'fill a position' so it gives players more freedom to play the character they really want to rather than just playing what the group needs. I enjoy adding puzzle mechanics that the group will have to solve but won't hinder the main story, all around if i get a feel the group as a whole wants certain aspects of the game more than others I will incorporate them into the following sessions, or if each person wants different things then i will incorporate them as best as possible.

Characters can be created however the player wants, DNDBeyond, Roll20 or just over a 1-2-1 chat session, character will go in as level 1 characters. I typically ask people to use HeroForge.com to create their PC, and then merely send me a picture of said character to use as their token for the game 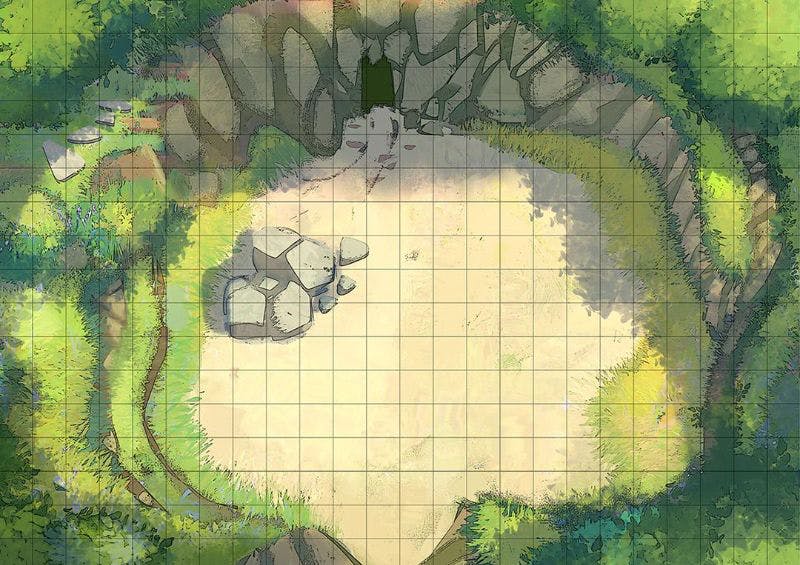