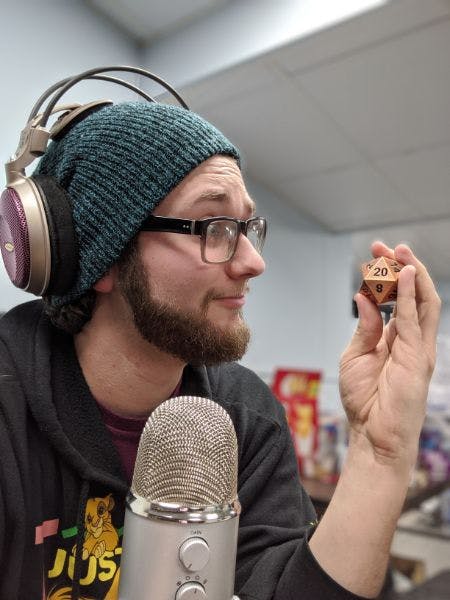 Ever since I was young, I have had two great loves: the theater and the fantasy genre. So, when I first encountered D&D and RPGs, it was no surprise that I immediately fell in love with them. Thus began my journey to build my own world. Throughout more than a decade, that world has been the home of countless adventures—continents have been explored and histories have been made. I have utilized my theater background to give life to every NPC and city, taking great effort and pride in making sure that you have a living, breathing world to encounter. I invite you to join the ranks of the brave adventurers whose names are recorded in my Tome of Heroes and take your place among legends.

I call myself a Lore Master instead of a Dungeon/Game Master, because I believe that I am first and foremost a storyteller. It is my job to tell the stories of your characters and bring their tales to life. The emphasis in my games is on role play and character development. I utilize my experience as a voice-over actor to make every NPC and monster as unique as the players encountering them. Combat rewards creative and outside-the-box thinking, while utilizing the gifts and skills that make your character special. I also run my games in a "Living World" style, so all my games are taking place in the same world as each other. This means that what players do in one game may effect others and your actions will effect the world as a whole!