"Justice 1846" is an original, stand alone, one-shot adventure, for 4 adult players using the D&D 5e ruleset. This Wild West themed, and largely historically accurate adventure, is for mature audiences who are comfortable using the 4 pre-generated characters provided to explore this gritty slice of pseudo-American history. Play as one of 4 morally ambiguous Americans who have had reason to leave the service of their employers and seek solace with the residents of the poor and forgotten mining town of Justice, which has it's fair share of drama and mystery. Each of these characters enter the game with a bond to each other, but also come with a personal secret that could influence the story in many ways. If you have ever wanted to slap on a pair of spurs and venture off into the sunset with just a six-shooter and a dream...this is the game for you. Historical Background: The Republic of Texas declared independence from Mexico in 1836.  This event took place after Mexico had undergone decades of political unrest, outright social revolution, and after declaring its own independence from Spain in 1830.  As a result, many Mexican territories sought autonomy from the new, larger, and unwieldy country of Mexico - the Republic of Texas being among them.  The United States declined to admit The Republic of Texas at that time, in large part because Northern political interests did not look favorably upon adopting another slave state to the already tenuous Union.   In the ensuing years there were military provocations from both the US and Mexican governments.  The Mexican government began conducting border raids along the Rio Grande and warned that any attempts at annexation of Texas would result in a war with the US (as Mexico still considered Texas a part of Mexico).  The US has been accused of attempting to escalate tensions with Mexico, knowing the country was largely on its heels during the hardest years of its reformation.   In 1844 the annexation of Texas came quickly to the fore again as the 11th President of the US, James Knox Polk, looking to further expand American conquest, pressured the Mexican Government to sell the lands north of the Rio Grande, while simultaneously declaring that the Oregon territory should be re-occupied, and made aggressively clear the interest the United States had in the California Territory.  This was an aggressive political posture to take.  When purchasorial and ambassadorial efforts failed, President Polk sent the US military, under Zachary Taylor, into the contentious territories between the Rio Grande and Nuences Rivers, further inflaming the Mexican-United States relationship.   In December of 1845 the US re-annexed Texas and named it the 28th state to the Union.  By May 13th of 1846 the tensions between Mexico and the United States over all contentious lands, adjacent to, and including some of the former Republic of Texas, erupted into a declaration of war by President Polk to the Mexican Presidente José Joaquín Herrera.  Herrera through, never reciprocated that war declaration.   (This game may become a full-fledged campaign in the future.)

Each player will need: - The D&D 5e Player's Handbook. - A stable internet connection. - A functioning Discord account. - A functioning Roll20 account (Roll20's free account is enough to play). - A functional microphone/headset and headphones/speakers. - A standard set of TTRPG dice. - And a cursory knowledge of the use of all the above.

All other adventure materials will be digital and will be made available through either Discord or the Roll20 app.

This game will contain mature themes and is reserved for players 18+ years of age (the use of alcohol, firearms, and martial violence will be commonplace). Please reach out to me directly with further questions or concerns.

The pre-generated characters for this adventure will enter the game as slightly enhanced 3rd level fighters. Because this adventure is heavily story-driven, character creation is not an option. 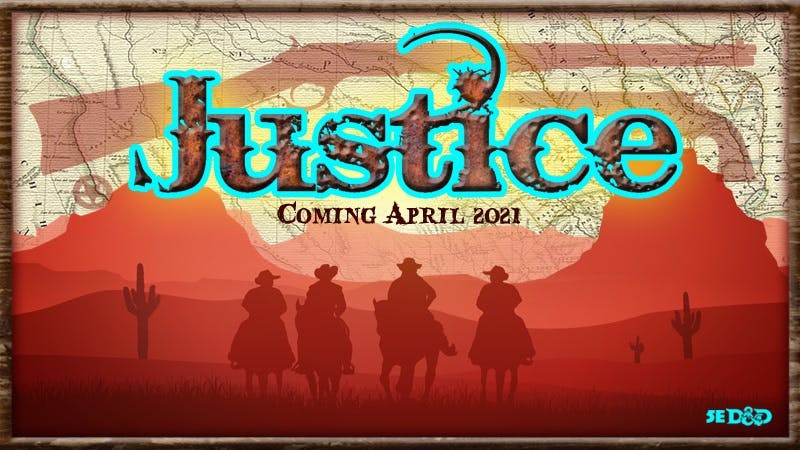