(CAMPAIGN) Blades in the Dark

Blades in the Dark on Discord, Roll20

Blades in the Dark is a tabletop role-playing game about a crew of daring scoundrels seeking their fortunes on the haunted streets of an industrial-fantasy city. There are heists, chases, occult mysteries, dangerous bargains, bloody skirmishes, and, above all, riches to be had — if you’re bold enough to seize them. You and your fledgling crew must thrive amidst the threats of rival gangs, powerful noble families, vengeful ghosts, the Bluecoats of the city watch, and the siren song of your scoundrel’s own vices. Will you rise to power in the criminal underworld? What are you willing to do to get to the top? Will you be Assassins, silent killers for hire? A Cult that seeks illegal artifacts and understanding of ghosts? Bravos, which are good ol Hired Muscle? Smugglers which transport illegal goods across and often into the city? Hawkers if you want to make social connections and sell said illegal goods? Shadows to stay off the radar and be a discreet group of thieves and spies? Whichever you choose, together we will play through a heavily-roleplayed, fast-paced campaign where your crew either rises to the top... or is trampled underneath the many powers that wait in the shadows.

Edwin Huertas Jr. (When Can We Play?)

12 years as a Game Master

Brings years of acting AND tabletop experience with multiple RPGs, as well as an aptitude for teaching players to the table 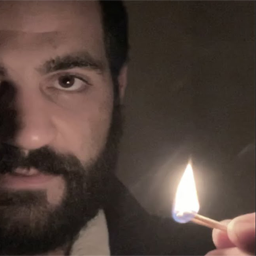 A DECENT MICROPHONE that doesn't hurt to listen to Webcam preferred but not required! All rolls and character sheets are on Roll20!

This game is highly conversational, and possibly one of the most naturally-sandbox RPGs ever! Instead of the GM preparing every encounter and a completely-prewritten campaign, you as a crew will decide the goals you seek to accomplish. There is no initiative, and all of us take actions and make choices as they come. Your rolls work both for and against you; they decide your success, but also the success of the opponents, conflicts and obstacles you face. This is a high-risk, high-reward game, where you often get XP, reputation and COIN for facing greater dangers. Be prepared to ROLEPLAY. This game has no battlemaps, and relies on us creating the narrative together and rewards players for acting in character - both for and against their character's own interests.