Monster of the Week: Wrath of the Pumpkin King

Monster of the Week on Discord, Roll20

Monster of the Week

The mystery takes place in Northern England before and around Halloween, and its overarching theme is nightmares. Forty years ago, a young author from the small English town of Hardwick had managed to publish his debut horror novel In the Eyes of the Jack-o-Lantern through a vanity press. The novel, featuring a Halloween-themed monster named “the Pumpkin King”, was critically panned, and most of its 10,000 printed copies were returned to the author, Finley Russell. Discouraged by this experience, Finley never wrote again and spent the rest of his life working small jobs to gradually pay off the loans he took to get his book published. Last October, Finley moved to the local retirement home, having no known living relatives. Most of his belongings, including stacks of In the Eyes of..., ended up in the garbage dump outside of town, where the books were discovered by three schoolboys skipping classes. Despite its lack of literary merit, the text of the novel had a grave effect on the trio, who became plagued with nightmares in the following week. On the All Hallows’ Eve, Owen and Shawn died of heart failure in their sleep, while Max managed to convince his parents to move to Wales after burning his copy of the book. Unbeknown to the boys, their fear was what allowed the monstrous entity described in the book, the Pumpkin King, to attain a sort of malicious self-awareness and intelligence, if not a corporeal form. After consuming two of the boys, the Pumpkin King went into hibernation, slowly gathering strength by feeding off the small fears of the townsfolk. Now, with the next Halloween fast approaching, the Pumpkin King is once again ready to terrify and to kill.

11 years as a TTRPG player

Brings Every D&D Book on DnDBeyond, Roll20, Inkarnate for Maps to the table

Message me! I'll get you into the Blackenforge Discord Server, give you the handbook and character pages that are needed for the game, as well as any other things needed to be able to start getting used to the mechanics of the game.

Virtual tabletop maps, music and ambience, dedication and performance - I'm here to have a good time with you!

We will have a session to talk about the entire system of Monster of the Week, get mechanics down and start going through the handbook to see what type of character you'd like to play. 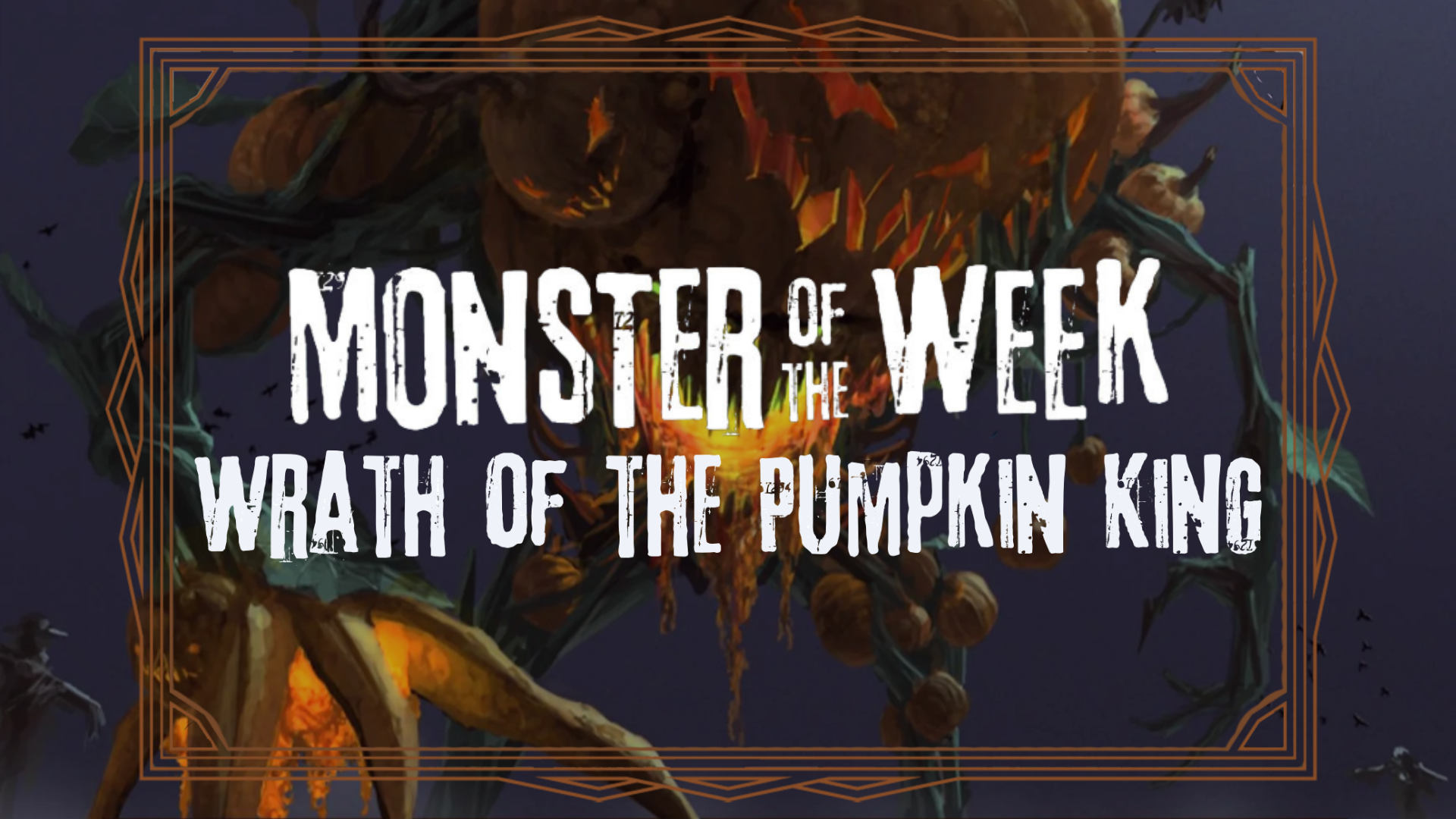