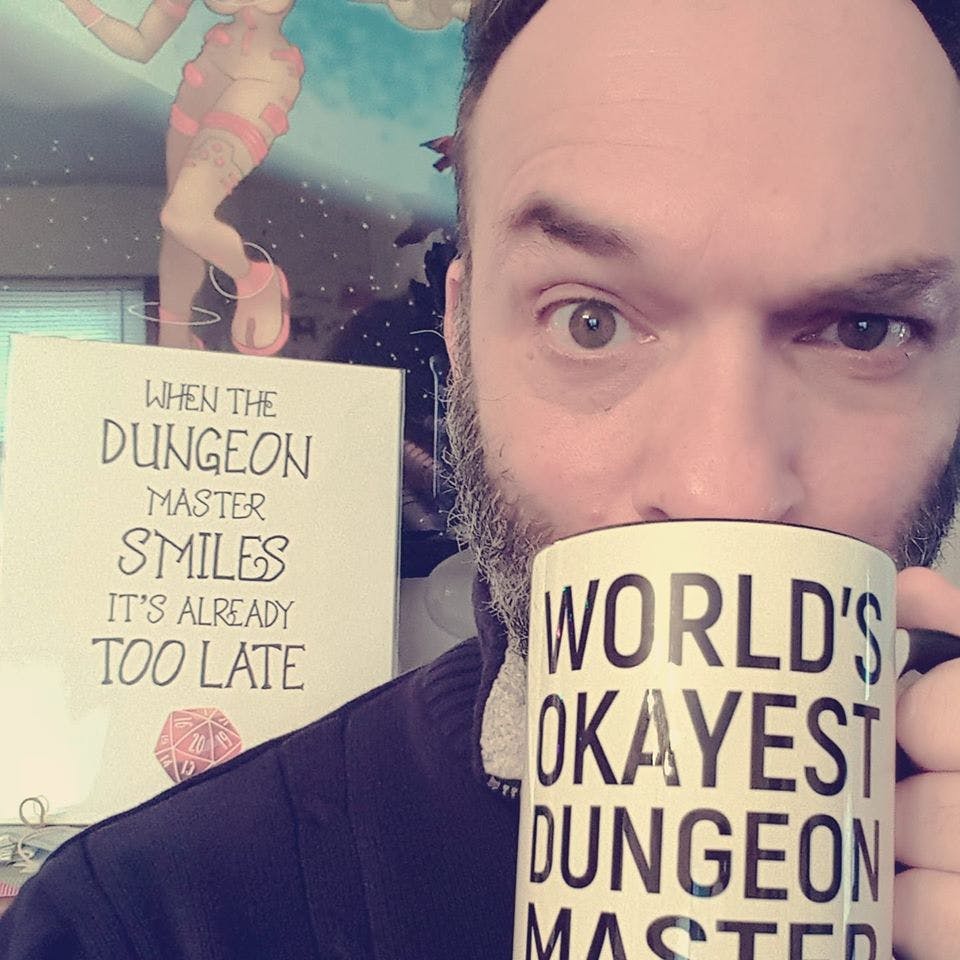 I have been playing D&D and tabletop RPGs since around 1979. Over that time I have developed a fast, fun way of gamemastering that relies on storytelling as well as dice rolling. When I write adventures I try to balance three pillars; social interaction, exploration, and combat. I try to give the players agency over their characters and let affect the world and guide the story. I do not stand for a player trying to tell another player how to use their PC. My tables are open and welcome to everyone from anywhere but tolerance and respect are required to play in my games. My stories do not always follow strict genre expectations. I like plot twists, puzzles, and things that don't make sense until the PCs have uncovered enough information to begin piecing together what's going on. Games I currently love playing and running include: D&D (most versions), DCC, MCC, Star Crawl, Dark Trails, Starfinder, Star Wars (the newer ones), Gaslands, Call of Cthulhu, Shadowrun, Cyberpunk, and probably some others I missed. I have streamlined D&D 5e to teach kids how to play, thanks to being in grad school for a Master's in Education. The initial Kids D&D session is 2 hours and is made for ages 7+. It's roughly one hour of character creation and then an hour of adventure. From there we form groups and run campaigns with whoever signs up. This is a great way for kids to get started in D&D. Weds and Thurs nights I have Twitch streams that are full. However, I could run games during the afternoon (US Central time) for those in the EU/UK time zones as well as After School (based on East and West Coast times). -=*NEW PLAYERS*=- I gain enormous joy from helping people get into the hobby. If you've wanted to play, or just started to play, I am always ready to help you start or continue the journey into tabletop RPGs. From time to time I will offer quick 2-hour demos of games for those who want to try something new.

I've got voices, stories, and roleplaying all ready to go. I balance social, exploration and combat. I try to make situations create an emotional response in the players. I give the players agency over their characters and let them know their actions have repercussions and they will make an impact on the world. We're all there to have fun and I try extremely hard to make sure that's what happens, even if some PCs have to die, which can also be fun.