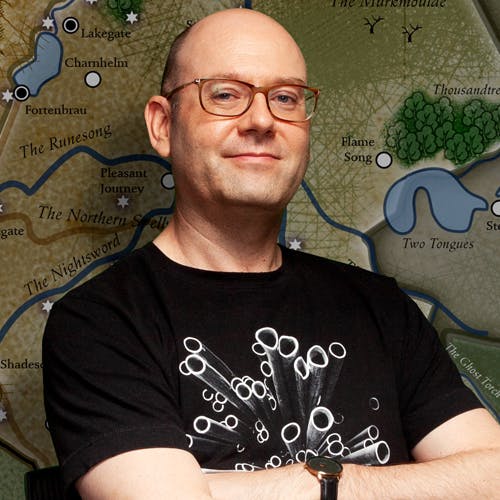 Since my childhood days when my mother read Tolkien to me to go to sleep, I've had dreams of high fantasy playing out in my head. I've played and DMed D&D for more than 30 years, from old school red box to 5e, and even my own home-brewed game system. I'm an experienced world builder and professional loremaster, specializing in immersive play and long-term campaigns. I've also been the creative director on a number of well-regarded and award winning games such as Mage Wars, Sheriff of Nottingham and Onitama (to name a few). I believe role playing -- and particularly D&D -- is something special. I've traveled a good bit of the world, lived overseas, participated in archaeology, studied public speaking, run a studio for designers. A little bit of all those things find their way into my games, and fuel the magic of imagination. Over the years, I've been lucky enough to share that with more players than I can count, here and abroad, at all levels of experience.

Most important -- make it memorable! Anyone who sits down to play for multiple hours in an imaginary world is looking for the drama, danger and details to think back on after they leave. I believe in colorful, memorable characters and settings, that actions create logical consequences (both for players and NPCs), and that combat can (and should) be visualized like the action movie you would totally pay twenty bucks to see on the big screen. I encourage and reward role play. Story should seep into even the most hack and slash driven dungeon delve. I'm also a firm believer in reading the players, building out the narrative to magnify their particular interests and desires. In short: my goal is to always make it memorable!