GRIMMDARK is a Grim Dark Fairy Tale...Think if GoT's Night's Watch was sent to do a Suicide Squad, as directed by Guillermo Del Toro. The Grimmdark is a vile and dangerous place, filled with twisted creatures and the ruins of the first human empire. It is cursed, causing the land and its inhabitants to become violent and malignant. The Grimmdark is constantly expanding, threatening the known world, and only a small group of watchers, known as the Basterd's Grimm, are sworn to enter the Grimmdark and fight against its blight. Every seven years, a new group of Basterds are chosen to enter the Grimmdark and try to push back the curse. They go in, but they never come out. However, after only a year since the last expedition, the curse has returned, and a new team of Basterds must be assembled to enter the Grimmdark and discover what went wrong. -This campaign is a weekly, narrative-focused sandbox game with grimdark fantasy themes. -It is set in a gritty, homebrew fantasy setting that is darker and more dangerous than typical 5e campaigns. -The game will feature unique "Gritty Fantasy" rest rules (a variant of the DMG gritty realism rules) -An armor dice system, that will have armor and shield actually reduce damage you take. -A death saving throw mechanic that allows players to continue fighting even at zero hit points. -Players can gain levels by defeating powerful boss monsters known as "GRIMMS" and using their life force to empower themselves.

-battlemaps and tons of visual references. -Custom mad world and location maps. -Homebrew rules that integrate mechanics from Mork Borg and others. -Over a decade of DM experience. -Fully voiced NPCS -10 years worth the homebrew rules to tailor the game to your play style. -Custom magic items, feats, and monsters

We will have two session zeros (Dec 10th & Dec 17th. You only need to come to one (you're welcome to both, but youll only be charged for one) and our Campaign Launch will be January 7tyh 2023. if you are joining later in the game, we will have a quick one on one via Discord to get you ready and see your character come to life. 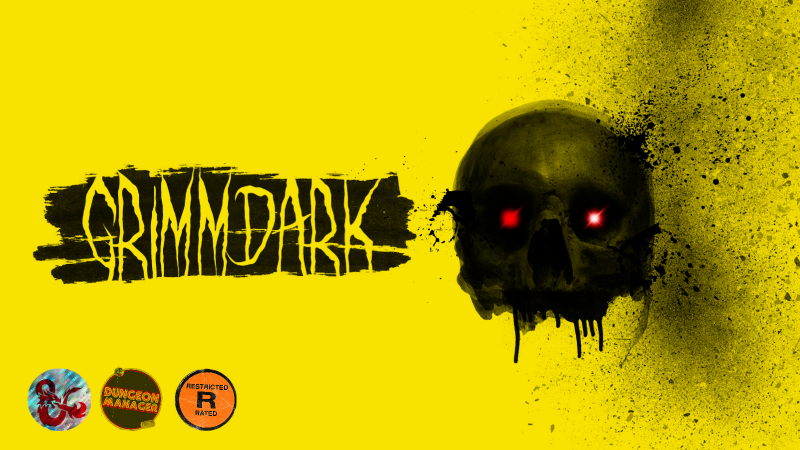