Waterdeep: Dungeon of the Mad Mage (And other Waterdeep Adventures!)

Hail, and well met, brave adventurers! The City of Splendors, Waterdeep, is a wondrous and vast place, full of intrigue, peril, machinations, and adventure for the brave of heart. Yet, deep below the city lies a vast underground network of chambers and ecosystems that make the intrigue and peril of the surface look like child's play. In the city of Waterdeep rests a tavern called the Yawning Portal, named after the gaping pit in its common room. At the bottom of this crumbling shaft is a labyrinthine dungeon shunned by all but the most daring adventurers. Known as Undermountain, this dungeon is the domain of the mad wizard Halaster Blackcloak. Long has the Mad Mage dwelt in these forlorn depths, seeding his lair with monsters, traps, and mysteries—to what end is a constant source of speculation and concern.

40 years as a Game Master

Brings I bring access to the Legendary Bundle on D&D Beyond for my ongoing campaign players. I provide a Fantasy Grounds Ultimate license, so all you need to is download the software. I've curated hundreds of digital battlemaps, and I enjoy creating customized tokens for my players to use. to the table 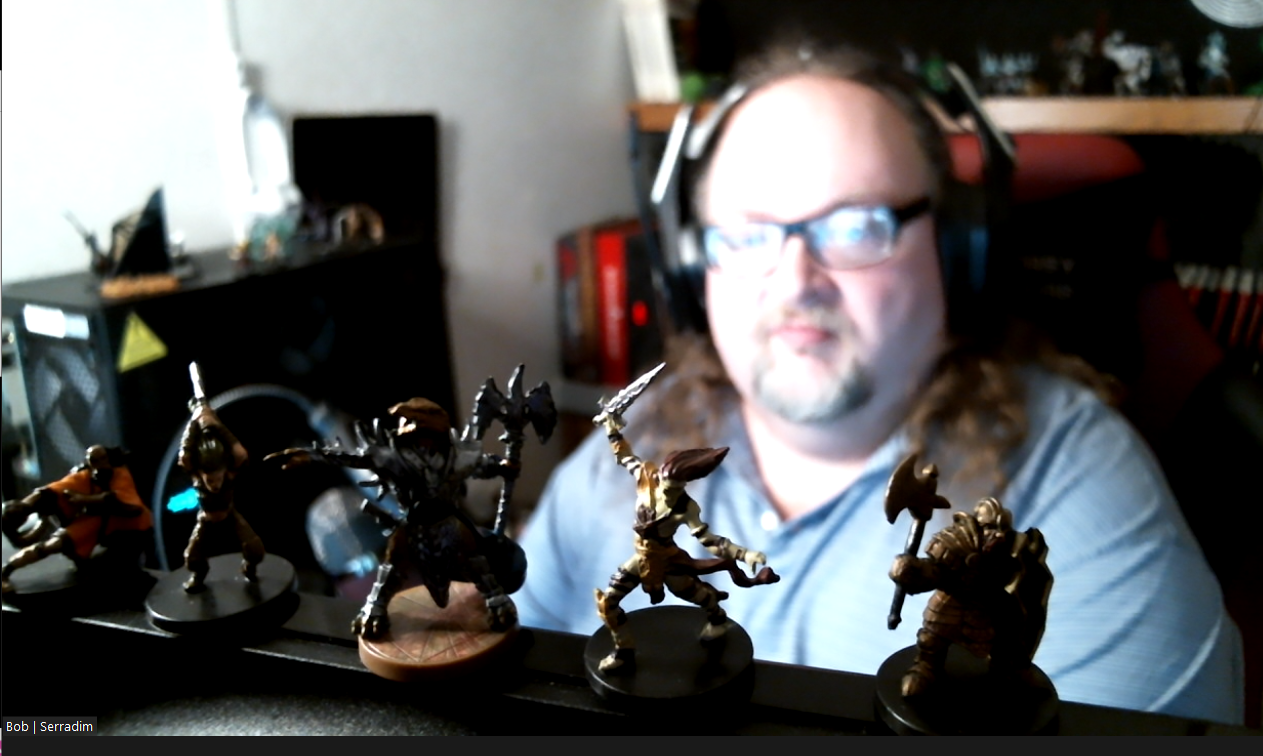 You'll want to make sure you have both Discord and Fantasy Grounds Unity installed (you can use the free/DEMO version of FGU). Please test your mic ahead of time. You can make your character ahead of time using any official D&D product, including Unearthed Arcana. Please use Point Buy or Standard Array for ability scores. If possible, create your character in DnDBeyond.com and share the character link in the group messaging so the DM can load your character into Fantasy Grounds before the session, giving us more time to focus on playing. MOST IMPORTANTLY... be prepared to HAVE SOME FUN!

I bring the published Waterdeep: Dungeon of the Mad Mage materials, as well as various supplemental materials to enhance our sessions.

GAMEPLAY: Over the course of the campaign, players will experience a rough balance between combat, exploration, and roleplaying, though specific sessions may focus largely (or sometimes entirely) on one aspect of the game. SAFETY TOOLS: Lines and veils are used to set boundaries on content in a game. Lines are hard limits on content, things that the GM or the players don’t want to engage in. Setting up a line means that content won’t show up in the game at all. Veils are soft limits, things that are ok “behind a curtain” or when they “cut-to-black.” Setting up a veil means that the content might be in the game but not spotlighted or described in great detail. Lines and veils can be adjusted as needed throughout the game. I will discuss lines and veils with players prior to our first session together.

Please have your character created ahead of time, or reach out to the DM and you can be provided with a level-appropriate pregenerated character. Characters will be added to a DnDBeyond group with access to all of the character options.