Waterdeep Dragon Heist is a D&D campaign made by Wizards of the Coast. It’s for character levels 1-5 and can be played by players who are new or experienced. The players will vote on what season they would like the campaign to take place in, which will change the villain and events that occur within Waterdeep. I like to take a relaxed approach giving the players full control of what they would like to do and see in the city of splendors. I will not make you manage ammunition or food or things of that nature as it seems to bog down the game a bit.

I would recommend reading the rules or watching a video of the rules before playing, if not, I can teach on the fly. If you do not have the players handbook or a software that helps with character creation, I will let you use my and can help with that process.

Virtual Dice, character sheets, and maybe a few handouts from the book.

A typical session will involve lots of NPC’s to talk to, fighting monsters, and investigating things happening in the city. 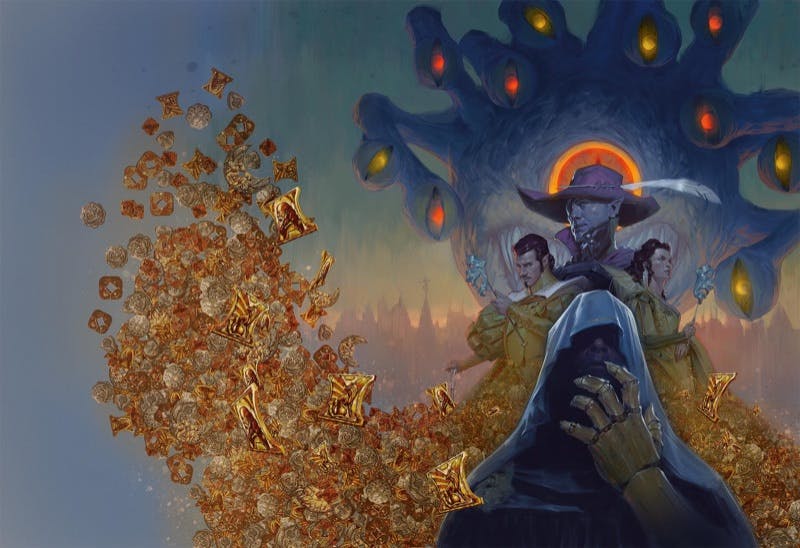