Choose to begin your next High Fantasy adventure in the Dungeons and Dragons setting of Impiltur, a powerful northern kingdom of Faerûn within the Forgotten Realms. The First Trial Campaign consists of a session zero and 9 regular sessions. Game sessions are 2.5 hours long, focused on about 10% problem-solving, 10% setting description and travel, 35% role-playing, 35% action, and 10% random fun. Historical Context In the year 1127 Dale Reckoning (DR), King Imbrar I led the Impilturan army into the Giantspires to completely root out and eradicate the presence of hobgoblins once and for all. Unfortunately, many of the king's men were murdered and he himself was overtaken by the magic of the evil demon Lord Soneillon. Following the king's fall, his sister Ilmara was crowned Queen of Impiltur. Forty years later, in 1167 DR, Queen Ilmara wed the warrior Rilaun of Sarshel, a man half her age. Two years later the Queen gave birth to Imphras II, a son, the future king of Impiltur. Prince-consort Rilaun rebelled, however, and took up arms against his wife the Queen, attempting to eliminate the child and seize the Golden Throne for himself. The pretender-king was defeated and the Queen continued to rule over the realm until her son Imphras II came of age on his 16th birthday and was enthroned in the year 1185 DR. That was 15 years ago, now. The new king has reigned in peace, justice and righteousness, strengthening his people with benevolent protections against evil, caring for the poor and the sick, and boldly carrying out all the tenets of his religion. Like many of the inhabitants of Impiltur, Imphras II believes in the might of the Triad. The Triad consists of Tyr, the Maimed God, the God of justice; Ilmater, the Broken God, as God of suffering and compassion, and in Torm the True, the God of duty. In 1196 DR, while hunting for the needy in the wild lands, King Imphras II saw in broad daylight an angelic being attack and vanquish a horrible demon. The king believed the spectacle to be a sign from the Triad. When he returned to the capital the king begun the establishment of the Most Holy Order of the Sacred Shrike, an order of knighthood that would re-establish the lost traditions of the fallen Order of the Triad. Your Quest It is now the year 1200 DR, and you and your company are intent on becoming a more crucial part of the King Imphras II's mighty force for good. Each of you has previously served as part of The Warswords of Impiltur; a militia army at least 10,000 strong that regularly patrols the nation and defends its borders. Now you seek to become part of what is called the Swiftswords of Impiltur, an elite group numbering much less, composed of independent teams of 5-6 members each, frequently sent out on urgent missions shrouded in secrecy and involving perilous quests, espionage, intrigue, etc. Few survive the Labyrinth, let alone succeed to gather the 80 Tokens of Amaroth scattered throughout its shifting corridors, or so you are told. In reality, all who pass the First Test are bound to an oath of silence concerning their experience. With no time for rumor-mongering or second guessing, you finish your preparations to face this trial, and press forward in the service of your people, your nation, and your King. Come immerse yourself in an adventure setting focused on navigating and exploring an exotic world. Adventures will include mystery, puzzles, conflict, sabotage, rescue, romance, intrigue, and so on. Learn to communicate well and to work with your team as you strive to honor the goals and choices of each member. This is a School of the Mind Campaign, meaning it is focused on teaching players how to better communicate, work as a team, collaborate and co-create effective solutions to problems, etc. The group will also support one another in the movement towards better life balance in an atmosphere of mutual respect and encouragement. No swearing or blasphemy allowed; must be willing to maintain a rated PG atmosphere.

School of the Mind 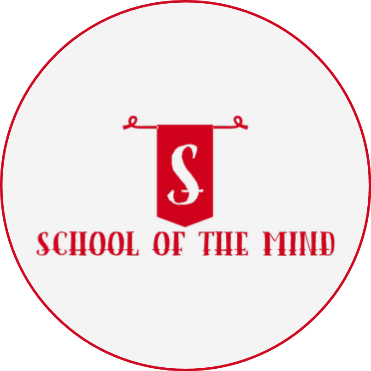 Players should be familiar with basic rules of D&D 5e, but GM will have the final say and can explain most rules as they come up. Need to have access to internet, Zoom, microphone, dice or digital dice, free D&D Beyond account.

Perfect D&D 5e High Fantasy homebrew campaign for beginners as well as experts. Game sessions are 2.5 hours long, focused on 10% problem-solving, 10% setting description and travel, 35% role-playing, 35% action, and 10% random fun. Players will create a perfect team of level 5 characters during our session 0 using D&D Beyond free character creation tools. Come face the First Test of what may become years of adventure! This is a School of the Mind Level One Campaign, meaning it is focused on teaching players how to communicate professionally, work together, collaborate and co-create solutions to problems effectively. Players must be willing to work together both in and out of game to establish better life balance in at atmosphere of mutual respect and support. No swearing or blasphemy are allowed; must be willing to maintain a respectful, rated-PG atmosphere.

Session 0 Character Creation, Rules Clarification & Get to Know Session Come with a free D&D account set up on D&D Beyond and some familiarity with the character creation tool We will co-create our team together during the first session, so please do not create characters beforehand. Thank you!