The Decay of Valoria

CAMPAIGN PREMISE: "It has been two hundred years since the Great War where Valoria marched East, conquering vast lands. It has been many years since Valoria held great prominence. Many new Kingdoms & Factions have been formed, and Valoria now stands as a shadow of its former self. Whilst the worship of Benedaerus, the Platinum Dragon has spread far and wide, the dissolution of the Monarchy and the collapse of institutions has allowed heresy and paganism to thrive once again, even in the Heartlands. The party, a group of religious zealots serving the Mighty Dragon god are preparing to head out West to a land that was once ruled by their people, hoping to correct and cleanse the region of the decay and ruin that has befallen it. With sword, shield and staff, perhaps these heroes will prove themselves to be worthy in time." The players have already discussed the type of campaign they'd like to play. They want to play a group of Knights and Zealots who destroy evil, search for artefacts, and engage politically in the region. They want a variety of adventures, plots, and lots of exploration. They want an "Old-Meets-New" campaign vibe, showing off some of the key content aspects that made D&D popular in the previous decades. Their campaign will be sandbox, meaning they can choose adventures themselves and engage in as many side-plots as they wish. There will also be overarching stories and vast plots, but it's up to the players to involve themselves in them. WHY YOU SHOULD JOIN OUR GAME: - TAILORED CONTENT: I tailor make content for my players that is both modularized but with Sandbox potential. - CONSISTENT PLAY: I've been playing with the same four players for almost a year and none of us have flaked or quit, which is frequent in other games. - MULTI-PARTY CONTENT: My campaign setting has seen dozens of adventure parties and many adventures. Currently I have two paid groups (Wednesday & Saturday), who are adventuring in the same time period, at the same time. This means players may know about each other, meet one another, roleplay, fight monsters together, etc. - GOOD VIBES: My players are all adults and know how to have a good time. They understand each other to a degree as well as myself, meaning we don't argue or fight at the table. - DETAILED NPCS: My campaign has a variety of NPCs & Monsters, all with distinct voices, behaviours, desires and needs. - MUSIC & AMBIENCE: I have a vast library of music available to use at any given time to reflect the mood of the session. CUSTOM MAPS: I create my own maps, both regional & for combat encounters, to offer an unique experience for players. - IMPROVED GAME QUALITY: We use a number of homebrew rules that improve game quality, allowing for creativity, and a more structured play session.

9 years as a TTRPG player

You need a Microphone & Roll20. You will not need to read the rules ahead of time as I'll go through things with the players at the table. Characters will be made together, so no other preparation is necessary.

This is an Online Game so all I will bring is a positive attitude and all of my books & pdfs.

Characters will be made as a group in Session Zero, not before or after. Character concepts must be approved for the campaign setting if you're coming in with one in mind. 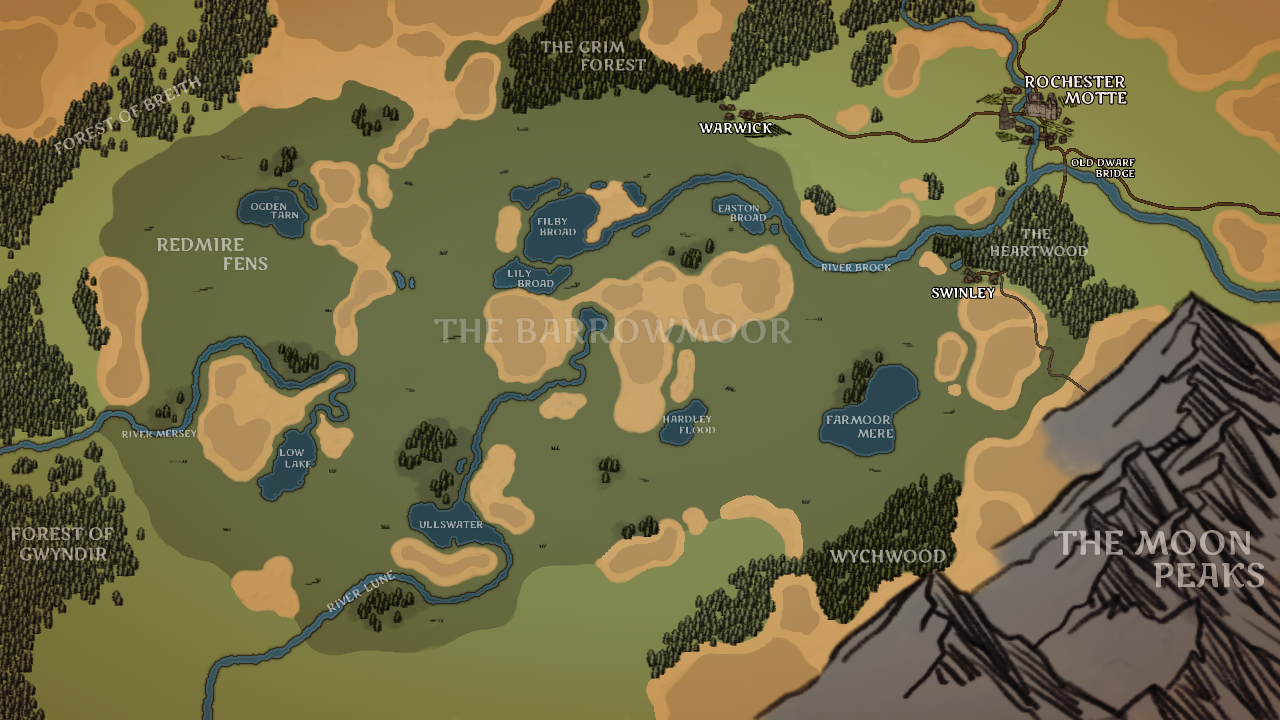