Tales From the Geisterwald - The Midnight Keening

In the human kingdom of Gaus, the elder races of elves and dwarves have vanished. The gods, if they ever existed at all, have turned their eyes from the world. People toil in faith and filth, ever fearful of the magic and monsters that lurk at the edges of their societies. For more than three centuries, mankind has had to fend for themselves in the dark woods beneath the moon. Superstition abounds. Mothers tell stories of old witches who live beyond the trees, and hunters trade tales of strange sounds beckoning them into the forest at night. You find yourself working as a caravan guard for one Mr. Mortimer Grimes, a merchant eager to use the ferries setting sail from Valrig's Rest to cross the Geisterwald, the ancient forest said to have been home to the elves and all other manner of dark creatures besides. Unless you can see him safely aboard the ferry and on his way, you'll not be paid, and the world is dark and dangerous enough without an empty coin-purse at your belt . . . * * * * Welcome, adventurers, to "The Midnight Keening." This is an adventure for level 3 characterspart of my "Tales from the Gesterwald" series of stories. These loosely connected one-shots take place in a homebrew setting that twists some of the standard conventions of D&D towards horror. Beset on all sides by dark magic, characters will need to use bravery, cunning, and martial prowess to overcome the trials ahead. As the shadows lengthen, they'll be in for a harrowing adventure full of horror and mystery if they hope to escape when all is said and done.

6 years as a Game Master

Brings DnDBeyond Master subscription. All Core Books. Custom maps and character tokens. Music to set the mood. to the table

For gameplay, I will be using 4 websites/programs. [list] [*] Dndbeyond - My collection includes all major published works which will be made available via content sharing on the campaign page. I'll also share special homebrew backgrounds that can be chosen to enmesh yourself in the setting, and homebrew items that can be acquired in game. Create a free account in order to access my shared content. [*] Discord - We'll use this for voice and dice rolls with the help of free browser extension called "Beyond20" which allows for virtual dice rolls off your dndbeyond sheet to be forwarded straight to discord chat. My discord has guides for helping to set everything up. Install Discord and create a free account. If you're using firefox or chrome, I encourage you to also install Beyond20 for character sheet and dice integration. [*] Tarrasque.io - This is a low-weight virtual tabletop currently in beta that I'm helping to test, and by participating in my game, you'll get an invitation to make a free player account and try it out. It's quick, efficient, and entirely browser based. After joining the game, I'll send you an invitation to make a free player account. [*] HeroForge - As part of the game, I invite you to create a mock-up of your character on Heroforge.com and share them with me. I'll create a token of them for use on the VTT, yours to keep when we're done. [/list]

"The Midnight Keening" is a mystery adventure rife with dark magic and horror. Players will have a clear objective, but several paths exist to clearing it. The challenges will require roleplay, quick thinking, as well as magic or skill at arms to overcome.

For character creation, we'll make use dndbeyond. I possess all major publications there and will make content available via content sharing. While details will be repeated and elaborated on in the campaign page, the basics are as follows. [list] [*] Characters are level 3 [*] In line with the setting, human (and variant human) is the only allowed player race. [*] Magical classes are not forbidden (they're encouraged!), but the people of the land are a superstitious lot, and even the most benign spellcraft might earn their suspicion or dread. [*] The only houserule in use is the "Gritty realism" rule found in the Dungeon Master's Guide, changing the necessary time for a short rest to 8 hours of sleep and a long rest to 7 days recovery. It is a dangerous world, and while mankind has great potential, they'll need to think carefully about how best to ward off the darkness. [/list] 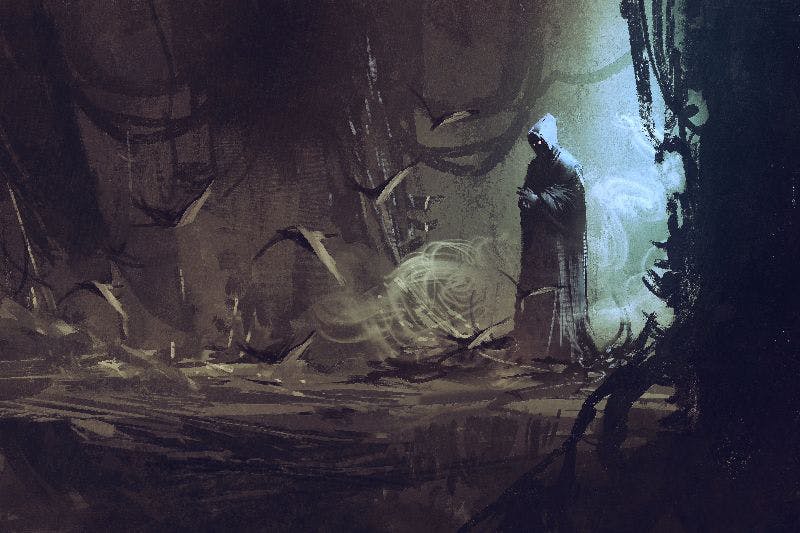