"Giants have emerged from their strongholds to threaten civilization as never before. Hill giants are stealing all the grain and livestock they can while stone giants have been scouring settlements that have been around forever. Fire giants are press-ganging the smallfolk into the desert, while frost giant longships have been pillaging along the Sword Coast. Even the elusive cloud giants have been witnessed, their wondrous floating cities appearing above Waterdeep and Baldur’s Gate. Where is the storm giant King Hekaton, who is tasked with keeping order among the giants? The humans, dwarves, elves, and other small folk of the Sword Coast will be crushed underfoot from the onslaught of these giant foes. The only chance at survival is for the small folk to work together to investigate this invasion and harness the power of rune magic, the giants’ weapon against their ancient enemy the dragons. The only way the people of Faerun can restore order is to use the giants’ own power against them."

Brings OSR D&D, Savage Worlds (Deadlands is a favorite), WHFRP, Powered by the Apocalypse games, Blades in the Dark via Roll20 based gaming and voice over Discord. to the table 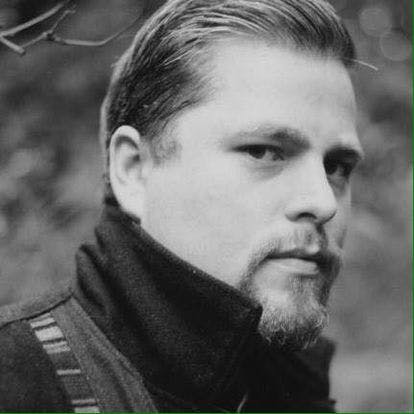 We will not be on camera for this so, no need to worry about your video set up or a web cam. You will need working speakers and a microphone which will pick up your voice. Sometimes it's better to run the voice chat on discord from a phone or tablet. Make sure you have Roll20 set up and that you have joined the discord channel we will use for voice chat in game. You will want to do a sound check to make sure you can both hear and be heard. Please also watch this video for an introduction to the setting of the campaign. It will get you up to speed and give you an idea of the threat the giants may pose. https://www.youtube.com/watch?v=z75gyFXFf90

I will provide all you need in game via Roll20 and will teach you how to play both the game and to use the Roll20 interface.

I love teaching new players the ropes so, newbies, please come have a virtual seat and let's make some awesome happen. Returning players who played long ago, welcome back to the game. The rules may have changed but, everything you remember as a good idea, like checking doors for traps, is still a good call. Games will include role play, combat, problem solving and planning. Teamwork is a force on its own so, your party will have to steward resources with care in order to take on literally giant threats. Content warnings are as follows. Violence, Supernatural Forces, Harm to Innocents, Captivity, Displaced Persons, alcohol and / or tobacco use. Safety Tools used are X, N and O cards, Stars and Wishes, Open Door Policy.

You are welcome to bring in a character from another game of mine (like my Winter Adventure Camp) up to 5th level, or create a brand new one. We can do character creation as a group in our first session. If you join later, feel free to reach out over discord to set up a time to make a character with me.