SHADOWS OF ESTEREN : A SONG OF DARKNESS

Shadows Of Esteren on Discord, Roll20

Shadows of Esteren is a medieval role-playing game, with an emphasis on the horrific and the Gothic. In the classical sense, Shadows of Esteren is a horror game more akin to something like Call of Cthulhu than D&D. It is a game of gothic horror and dark romanticism set in a low fantasy medieval setting. In Esteren you won’t find elves or dwarves and neither will you find fireball casting wizards, instead you play as regular humans dealing not only with coping with their tough daily lives and surviving but also with a very real supernatural threat that lurks in the shadows. It’s rules also reflect this, while combat does feature in the game it can be very deadly and confronting the supernatural could test your character’s resolve and even their sanity. Instead the focus is on investigation and interaction, the game immersing you into it’s dark world with it’s easy to learn narrative focused system. Our campaign will be something of a deep dive into Shadows of Esteren, we’ll be starting with the prologue which is a set of adventures designed to introduce you and immerse you in the world of Esteren. In these adventures you will be taking charge of pre-generated characters, exploring different elements of Esteren and it’s setting of Tri-Kazel. After we finish the prologue we will then create our own characters and explore Tri-Kazel in our own crafted campaign as you deal with a supernatural threat spreading across the peninsula.

Brings Vast amount of PDFs , Soundtracks, Syrinscape, 3D models for combat and more. to the table

To prepare first you will need to install discord and set up a roll20 account. Discord will be mainly used to interaction outside of the game while roll20 will be used for our game. You'll also need a mic and if you wish, a webcam. Roll20 has an in built character sheet for Esteren along with a dice rolling system but if you wish to use physical dice you will only need a few d10s. If you want to greater prepare for the game I would highly suggest reading book 1 (Universe) - This is a beautifully written book that will introduce you fully to the world and has no GM secrets in it. Not only will you learn it's system but you will learn more about Tri-Kazel. It's also written like short stories, letters and the like, making it an easy read over a traditional rulebook. You don't need to read Universe but I highly recommend it.

Not only will I be crafting the custom campaign for Shadows of Esteren but I will also be creating artworks and such for different NPCs. I will also be using the official soundtrack albums throughout the game to better immerse you in the world of Tri-Kazel.

Shadows of Esteren is a narrative focused game where instead of the usual stats such as strength and dexterity you instead have stats like combativeness, creativity, empathy and reason. Your stats not only affect your dice rolls but also give your characters extra depth, for instance someone with high combativeness may be better with a sword but may be more prone to anger and impulsiveness. This means your character is more than just a set of numbers on a sheet and over time they will change for the better or for the worse. Roleplay is the central focus when it comes to Esteren and a typical session will involve a lot of interaction and investigation. In essence, Shadows of Esteren is more like a game of Call of Cthulhu than something like D&D and the threats are just as dangerous to both your character’s physical body and their sanity.

As mentioned, character creation will be done at a later date after we finish the first few prologue adventures. This allows you to get more familiar with the world and also try out different character types before creating your own character. A session will then be devoted to character creation and story building and we will be weaving the stories of your character into the greater narrative of the campaign. 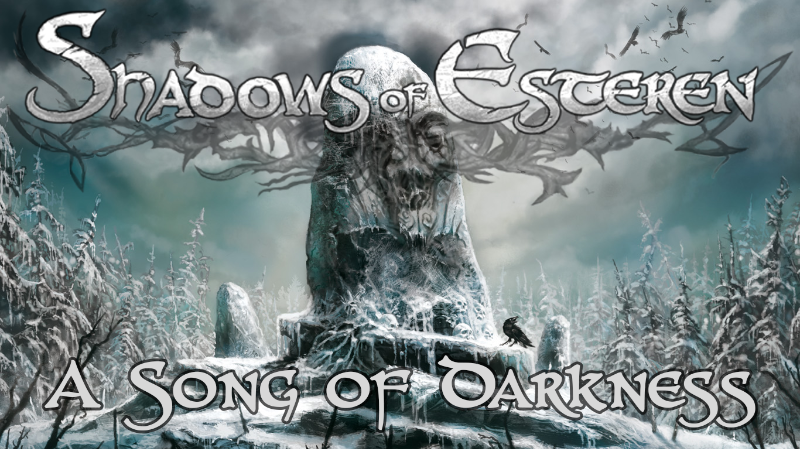