*"It's the height of summer. Heat soaked steps radiate an inviting allure along the Coast Way. Beckoning wayfarers of all kinds to give it credence and wander. What better time to trade in spring's many harvests or lose oneself to the many sights along the road than when the sky is clear and daylight long? But a high hanging sun can cast long shadows. Not all who set out Breathtaking exploits await many adventuring parties." "You are one such party. Newly formed as a wealthy merchant gathered several individuals she found promising to lead her north from Beregost."* *Classic adventure with a twist-* Things have rhymes and reasons that may lead to surprising conclusions. Even when things seem arbitrary, choice and action can change everything. *A living world*- I will treat the world's population like actual living beings who have opinions, feelings, and beliefs. The way you treat the world will have consequences. *Heroic adventurers-* Threats range from the pestering to the deadly; it takes a special kind of someone to face danger and ask for seconds. *There is time to role-play -* A good build-up helps create an outstanding campaign, and triumph feels better with investment and stakes. Take your time to explore the Setting, and find the party's fun. I'll respond in kind. **Setting.** D&D 5E, Forgotten Realms 1459. Sword Coast, between Baldur's Gate and north Amn. **Alignment.** We are using the values system to determine a character's place on the alignment axis, with the first informing the latter. Alignment change always starts with first changing a character's values, shifting gradually the more you role-play the new value.

24 years as a TTRPG player

15 years as a Game Master

The game is designed for both experienced and inexperienced players. Both to roleplaying in general and D&D 5E. A crash course on the lore and mechanics will be given on session 0 and references for extended reading will be given upon request.

My Roll20 account has everything we need to play including all the books and rules the campaign will be using shared with my players. During the session there will be ambient music and some sound effects.

*Players start at Level 1*, *Custom Buffed Preset Abilities*, *No Homebrew classes*, *No Unearthed-Arcana*. Any Race from the *Player's Handbook*, *Xanthar's Lost Notes to Everything Else*, and from *Volo's Guide to Monsters*- take into account that *Goblin*, *Hobgoblin*, *Bugbear*, and *Kobold* society are still considered monsters. As such, player characters from these races are considered pariahs. 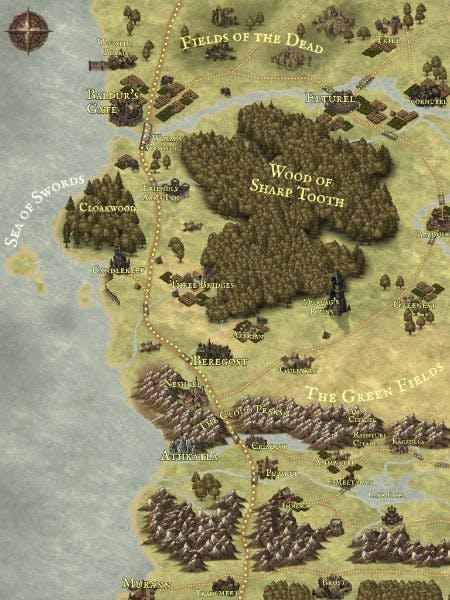