Extinction Curse: The Show Must Go On

An evil hungers beneath the earth. This ancient enemy seeks to undo Aroden’s work from millennia ago and bring desolation to the Isle of Kortos. The heroes destined to confront this enemy have humble beginnings, working as members of a novice circus troupe on the Isle of Erran, just off the north coast of the Isle of Kortos. These humble heroes are fated for much more than the circus, however, and with skill and luck might save the entire region from the extinction curse!

26 years as a TTRPG player

26 years as a Game Master

Brings Pathfinder 2e to the table

Players should have a reliable microphone and internet connection, Discord and Roll20 accounts, and a generally good attitude. I urge you to read the Extinction Curse Player's Guide and try to familiarize yourself with the basic game mechanics of Pathfinder 2e as much as possible prior to play. You don't need to have a ready made character, but it is helpful to arrive to Session 0 with an idea of what you might like to play.

- Respect and understanding for all involved in the game. - Inclusive experiences with dedicated players and DM. - A full collection of official rulebooks and modules. - Roll20 Pro Subscriber features such as Spell FX and (if requested) dynamic lighting. - Other fun features such as custom tokens. - Knowledge of the game's rules, setting, and adventure modules. - Some art and music to set the mood for the game. - Access to a private Discord server with an active community of like minded players and DMs.

The standard character creation rules outlined in the Pathfinder Core Rulebook are to be followed. As this adventure path has an expectation of heroes saving the day, evil characters are not permitted. All characters will begin play as members of the Circus of Wayward Wonders. Keep in mind, however, that the circus really only serves as a launching point and as a background element for the adventure path, which appears to be comprised mostly of traditional dungeon crawling. You are encouraged to pick Backgrounds from the Extinction Curse Player's Guide, though you are not required to do so. General backgrounds are perfectly acceptable. If a character is made at higher than level one (such as when replacing a retired character or joining the campaign late), please use the Lump Sum rules for determining starting funds/starting gear. Available character creation resources include any material officially published by Paizo. Per usual, third party content and Uncommon, Rare, or Unique character options are subject to GM approval (but see below). The following character options are available for all circus characters during character creation, even if listed as Uncommon. All other character options possessing the Uncommon, Rare, or Unique rarity traits must be checked with me first unless another rule source specifically allows access (such as an ancestry feat or class-granted focus spell). ANCESTRIES - All published ancestries and heritages are allowed, provided they can reasonably fit in with a circus. Half-human heritages must possess the human ancestry. ARCHETYPES - Animal Trainer, Juggler, Staff Acrobat BACKGROUNDS - Aerialist, Animal Wrangler, Barker, Blow-In, Butcher, Circus Born, Clown, Mystic Seer, Rigger FEATS - Animal Trainer Dedication, Beast Speaker, Bullying Staff, Focused Juggler, Insistent Command, Juggle, Juggler Dedication, Levering Strike, Lobbed Attack, Mature Trained Companion, Opportune Throw, Pivot Strike, Quick Juggler, Reflexive Catch, Specialized Companion, Splendid Companion, Staff Acrobat Dedication, Staff Sweep, Whirlwind Stance (Note that some of these feats require being a member of an archetype.) GEAR - Bladed Diabolo, Bladed Hoop, Fire Poi, Juggling Club, Poi, Scorpion Whip, Throwing Knife All of these options, and more, can be found in the Archives of Nethys under their relevant categories: https://2e.aonprd.com/ 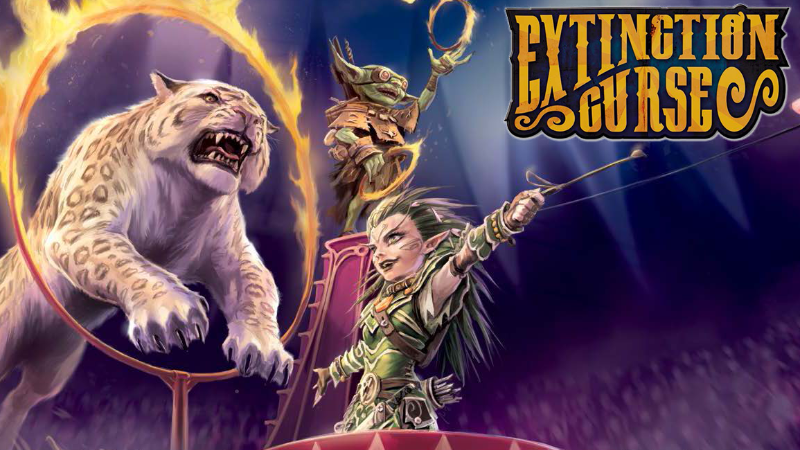