Behind Enemy Lines: An Intro to Band of Blades

Band of Blades on Discord, Roll20

The Legion is in retreat following a failed battle against the armies of the undead. You are a member of the Legion, your bonds to one another forged in the dark by bone and blood. As your comrades begin the first pitiless fighting retreat in the wake of the defeat at Eddenmark Field, you and your team must infiltrate the Fortress Myth in search of your Commander, captured on the field of battle. You don't have much time. Scouts report that one of the Broken, the Cinder King's undead sorcerer generals, is coming to oversee the Commander's interrogation personally. Can you bring the Commander back alive? Do you have what it takes to outwit, outrun, and outlast the endless hordes of the undead, or will your band of blades break beneath the Cinder King’s iron fist? Play to find out in Band of Blades, a stand-alone, Forged in the Dark RPG of dark military fantasy.

Brings Dozens of games, hundreds of supplements, and custom maps. to the table 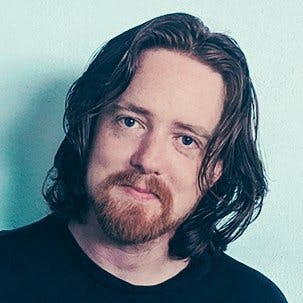 Players will need a microphone to participate in voice chat. Accounts in both Discord (for voice) and Roll20 (for character sheets and dicerolls) will be required to play. Both of those are free services, but having existing accounts will keep things easy-breezy when we gather for game-time. A passing familiarity with Band of Blades or other Forged in the Dark games is a bonus, but by no means necessary. The mechanics are light and narrative and can be picked up in play.

I'll be bringing custom maps, more undead than you can shake a sword at, funny voices, and a coal-black and sticky military fantasy plot. I'll have all the play materials necessary available before the game.

Band of Blades is a military-fantasy game set in a world where the undead have already nearly won dominance over the world. It's dark, gritty, and tends to be violent. This adventure has some spooky stuff included with the possibility of body-horror. That being said, safety and comfort at the table is always my primary concern, so we'll work through Lines and Veils beforehand and the X-Card is always in play.

Character creation for Band of Blades is quick and easy, so we will build characters at the table. That'll allow us to establish bonds and do some collaborative world-building.