Alice is Missing on Roll20, Discord

ALICE IS MISSING An immersive RPG played entirely via messages. Alice is Missing is a silent role-playing game about the disappearance of Alice Briarwood, a high school junior in the small town of Silent Falls. It is reminiscent and inspired by games like Life Is Strange, Gone Home, and Firewatch. The game is played live and without verbal communication. Players inhabit their character for the entirety of the 90 minute play session, and instead of speaking, send text messages (or send messages via messenger service) back and forth to the other characters in a group chat, as well as individually, even if they aren’t in the same place together. There is no dice rolling, combat, or traditional puzzles. Instead players work together to discover why Alice Is Missing. Haunting beautiful, deeply personal, and highly innovative, Alice is Missing puts a strong focus on the emotional engagement between players, immersing them in a tense, dramatic mystery that unfolds organically through the text messages they send to one another. **Note, this game provides players with an intense and emotionally immersive experience. Alice Is Missing touches upon difficult topics that can be triggering.**

10 years as a TTRPG player

7 years as a Game Master

You will need to have a Roll20 account, a Discord account ( as well as an understanding of how to use both ), microphone/headphone, and a voice recording app that can share to Discord . You will also need to be able to access a YouTube video at the same time as Discord and Roll20. All instructions about game play will be given at the time of the game.

I will have the Discord Channels and Roll20 setting ready for play as well as a clear step by step instruction for gameplay.

Excluding the game setup, explanation, and post game debrief, Alice Is Missing, is played live without verbal communication. Players inhabit their character for the entirety of the actual 90 minute timed play session. Instead of speaking out loud to one another, you’ll send messages back and forth to the other characters in a group chat, as well as individually, as though they aren’t in the same place as you. Alice Is Missing is a one-shot, event-style game. You won’t get together every week to play out a continuation of the story you told the week before. Instead, you’ll sit down with the other players for 4-5 hours and explore this story together from beginning to end. After that, your group will say goodbye to these particular characters forever. The game is fully cooperative and encourages sharing information between characters. This will sometimes put characters at odds with each other, but exploring the tension between characters is an important part of the game. Finding Alice will always be the thing that brings you together at the end. Players should be ready to make things up on the fly, lean hard into their drive/motivations, and look for ways to make the narrative more interesting for everyone. CW: Alice Is Missing deals with very real-world scenarios, even though it’s a game of fiction. The circumstances around missing women often involve violence, sexual activity, date rape, teenager-adult relationships, partner abuse, problems at home, victim blaming, and death. Some of these topics may touch upon players’ lived experiences, so setting expectations and boundaries is most important . We will be using lines and veils to ensure everyone's comfort with content and level before game play begins. This game also includes queer characters connected to Alice who may or may not be out. Players can discuss and decide their character’s sexuality and openness during character creation. However, we will discuss the group’s comfort around homophobia and outing other people without their consent. The "X" card as well as Lines and veils are used to set boundaries on content in a game. Since RPGs are improvisational and we won't know what will happen until it happens, it's possible the game will go in a direction people don't want. The X card can be used at any point if a participant is uncomfortable with the content happening in-game. When the X card is used by tapping the card or typing an “X” in the chat, the group can change, rewind, or skip the content. Lines are hard limits on content, things that the GM or the players don’t want to engage in. Setting up a line means that content won’t show up in the game at all. Veils are soft limits, things that are ok “behind a curtain” or when they “cut-to-black.” Setting up a veil means that the content might be in the game but not spotlighted or described in great detail. Lines and veils can be adjusted as needed throughout the game. There is always an Open Door. Players can leave or take a break from the game for their own safety and well-being at any time without being judged.

In the first part of the session, players will create their characters, their relationships to Alice, and their ties with each other. Players will have a choice of 4 different preset characters to describe and develop. It is both an individual and a group experience. 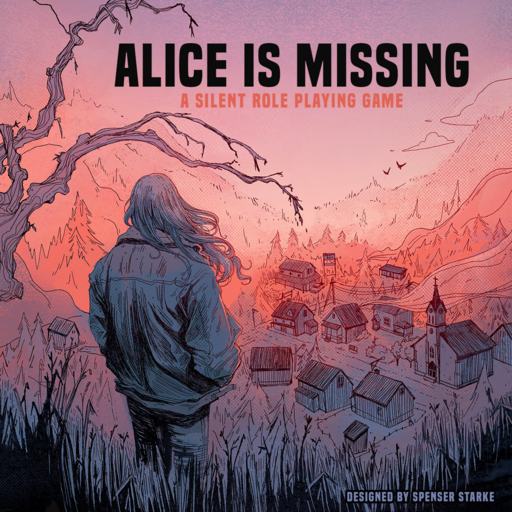